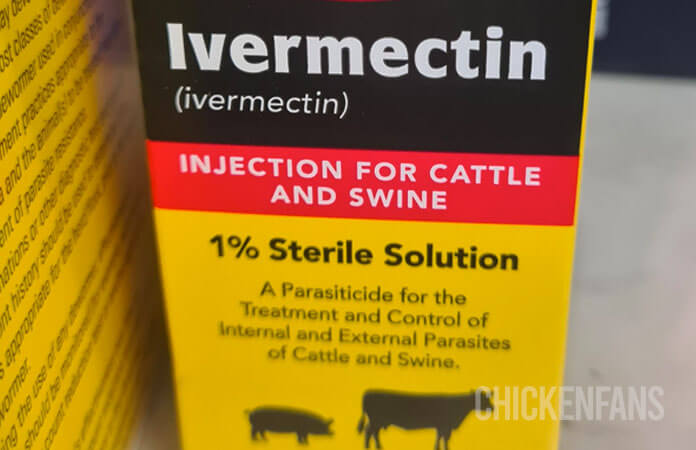 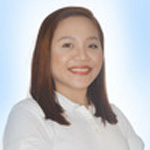 Chicken Fans is reader-supported. When you buy through our links, we may earn a commission. Learn more about our privacy policy and disclaimer.

Ivermectin is an antiparasitic drug to treat worms, scaly leg mites, and parasites. It's used regularly by veterinarians to treat backyard chickens. However, its use is unofficial, and Ivermectin is officially only sold to treat cattle, swine, and horses.

Ivermectin is a broad-spectrum antiparasitic drug used to treat most worms, lice, scaly leg mites, and parasites in chickens. Usage in poultry by veterinarians is common but not officially approved and is off-label. It can be given orally, via injection, or via drops onto the back of the neck.

Effectively kills 99% of worms and parasites.

INSTRUCTIONS
more info on our medical team and veterinarians »

This article focuses on Ivermectin. To learn more about poultry worms and the control and treatment of worms, check our in-depth article on worms in chickens.

Ivermectin is an antiparasitic and anthelmintic agent used to treat internal and external parasites in different animals. It is an avermectin, a group of drugs that occurs naturally, and a fermentation product of Streptomyces avermitilis, an actinomycetes isolated from the soil.

It was the first commercially available macrocyclic lactone that can be given via IV (intravenous), IM (intramuscular), SC (subcutaneous), PO (oral), or Topical routes in dogs, cats, swine, cattle, goats, and horses.

In poultry species like chickens, studies show that ivermectin is effective when given as a pour-on, oral, or added directly to feeds and water, topical or IM.

How does Ivermectin Work?

Ivermectin works by interfering with the electrical impulses in the muscles and nerves of the target parasite, causing paralysis of the target’s neuromuscular system.

This is by means of amplifying the glutamate effects on the parasite’s specific gated chloride channel, allowing more chloride ions to enter the cell, therefore causing hyperpolarization resulting in paralysis and eventual death of the parasites.

Ivermectin is a proven anthelmintic agent and is found to be 90 and 95% effective against immature and adult worms, respectively.

Specifically, it is very much effective in treating roundworms like Heterakis gallinarum, Ascaridia galli, and Capillaria spp. On the other hand, it is not effective when treating tapeworms.

It was also found to be 95.6-99.0% effective against mites and lice in chickens like Dermanyssus gallinae, Menopon gallinae, and Menacanthus stramineus. It is generally safe, and no side effects or any drug complications were observed when administered in chickens.

Generally, no specific ivermectin preparations are approved for poultry. Ivermectin is only used as extra-label drugs with prescription and supervision by a veterinarian.

The dosage depends on the way of application:

Ivermectin must be given twice, 10-14 days apart. The second application is to kill the residu and larvae that hatched after the first application. Ensure you keep track of the vaccinated birds to prevent overdoses.

For pour-on application, apply 0.4mg/kg. Some sources prescribe 0.5mg/kg but don't exceed 0.5mg/kg. If you use an eyedropper, the number of drops depends on the concentration of the solution.

There are solutions with 1mg/mL and 0.5mg/mL Ivermectin:

The frequency of administration depends on the present challenge in the area. Veterinarian’s supervision is advised.

The doses for oral and subcutaneous usage are much lower than poured on. Bear in mind the dosages are usually expressed in micrograms and not milligrams. In general, injectables and oral ivermectin dosage in other animals is 1 ml per 33 kg or 0.03 ml per kg. For chickens, the guideline is 0.02 mg/kg for subcutaneous use and 0.04mg/kg if added to the drinking water [Arisova].

Drugs such as Albendazole, Fenbendazole, Levamisole, and Piperazine can be used as alternatives to Ivermectin when treating roundworms.

When it comes to a more natural way, ethnoveterinary medicine can be considered. Cashew nut, garlic, gokhru, butter tree, betel pepper, Indian mulberry, negro-coffee, aloe vera, and neem tree have been found to be effective against roundworms.

In treating external parasites like mites and lice, organic insecticides like pyrethrums and permethrins, petroleum jelly, and linseed oil can be used as alternatives.

Can You Eat Eggs or Meat When Chickens Take Ivermectin?

Generally, no animal products should be consumed right after giving medications. A withdrawal period should be properly observed. However, in regard to chickens, withdrawal times are recommended only for some products.

Ivermectin residues were found to be highest in liver and skin/fat and require an optimal withdrawal time of 8 to 12 days, respectively. Muscles (meat) and kidneys have very low residues with a 0 to 10 days withdrawal period.

On the other hand, Ivermectin residues in eggs were only found in egg yolks and not in egg white. A withdrawal period of 2 or 7 days is advised.

How Fast Does Ivermectin Work?

Generally, Ivermectin kills most worms and lice in chickens in 2-3 days. It takes 10 days and the second application of Ivermectin to get rid of all the parasites.

The amount of time it takes for Ivermectin to do its job depends on the way of application. If you don't use injection, Ivermectin is absorbed the fastest when given orally.

After an oral dose of Ivermectin, it can already be detected in the chicken’s blood and serum after 15 minutes. It reaches its maximum concentration after 30-60 minutes. After 1 hour, its concentration in blood and serum starts to decline, and studies showed that 2-3 hours after, it has already decreased by 2 times. It is also rapidly excreted from circulation after 12-24 hours of administration.

However, due to its high lipophilicity, Ivermectin can accumulate in different organs and tissues and is eliminated slowly from the body compartments, leading to a prolonged antiparasitic effect.