What Do You Call a Group of Chickens? 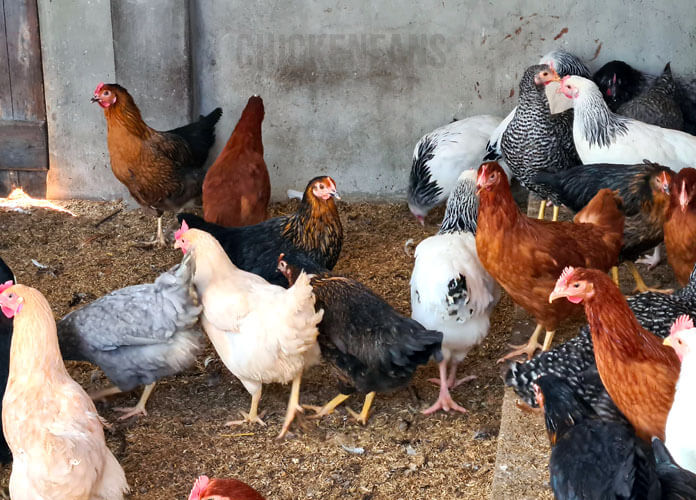 A group of chickens is a flock. A group of baby chicks that hatched together is a brood of chicks.

On top of that, several other collective nouns also refer to a group of chickens.

All Names for Groups of Chickens

The word flock is by far the most common collective noun for any group of chickens.

Less common words for a group of chickens are:

Flock is also the common name for a group of birds. There is no specific word for chickens like there is for other fowl like geese (gaggle) and peacocks (muster).

The number of chickens does not matter. A flock can refer to a few backyard chickens as well as numerous chickens on a farm.

Collective nouns for a Group of Chickens vs. Fowl

While a group of chickens doesn't have a specific collective noun, there are several other words for fowl related to chickens.

Origin of the term Flock of Chickens

The term flock is not only applicable to a group of chickens. The general term refers to any group of birds that forage or travel together. The behavior of swarming together is called flocking.

Flocking can happen on the ground when foraging or in flight. A flock of birds can form beautiful shapes and patterns in the sky. The birds protect each other from predators and search for food together.

What do you call a group of chickens?

What do you call a group of roosters?

What do you call a flock of baby chickens?

How Many Chickens Are in the World in 2023? (Chicken Statistics)