Chickens can eat ripe tomatoes in moderation, but not the leaves and stems of the tomato plant.

We’ll discuss tomatoes as a food source for chickens, how to feed your birds tomatoes correctly and what to avoid.

Adult chickens can eat one small red tomato daily as a treat. They can not eat the leaves or stems of the plant, nor can they eat unripe green tomatoes. Baby chicks or breeding hens should never eat tomatoes. Tomatoes contain tomatine, a poison causing diarrhea, stomach upset, and weakness.

Nutritional Value of Tomatoes for Chickens

Tomatoes are 95% water and don’t bring many macronutrients to the table. They contain almost no carbs, fats, or proteins. Although most people consider tomatoes a vegetable, botanically it’s a fruit, and most calories come from sugar.

They do come with a couple of micronutrients:

Although tomatoes have traces of other vitamins, the concentration is really low. For example, 100g of tomato only contains 7.9μg vitamin K, which is not even 1% of the 2mg laying hens need daily.

Benefits of Tomatoes for Chickens

The main health benefits of tomatoes come from vitamin C, high levels of the antioxidant lycopene, and potassium.

The highest concentrations of lycopene can be found in processed tomato products, like tomato paste, sauce, and ketchup. However, ketchup and processed food generally contain too much sugar and are not good food sources for chickens.

Tomatoes belong to the nightshade family of plants that contain toxic alkaloids. The most famous are potatoes containing toxic solanine, causing solanine poisoning.

Tomatoes do not have a high concentration of solanine like potatoes but contain slightly less toxic tomatine. Unripe tomatoes, however, still hold a considerable amount of solanine.

The stems and leaves of the plant contain the most tomatine. The tomato plant produces this toxic compound to protect itself against fungi and insects. Green or unripe tomatoes have higher amounts of tomatine and should never be fed to chickens.

Scientific research reports malformation in chick embryos due to the adverse effects of small doses of tomatine from tomato leaves. At high concentrations, none of the eggs hatched. Breeding hens that are kept for fertilized eggs should stick to a regular diet and avoid tomatoes.

New York Times writer Harold McGee reports that a human would probably have to eat over half a kilogram of tomato leaves to ingest a toxic (not lethal) dose. This would correspond to an ounce of tomato leaves for an 11-pound Leghorn pullet.

Symptoms of Tomatine Poisoning in Chickens

There are only a few scientific studies of tomatine on animals, but the symptoms are similar to the symptoms of solanine poisoning.

Symptoms of tomatine poisoning in chickens are:

The highest concentration of tomatine is in the leaves and the stem. An unripe, completely green tomato has the highest amount of alkaloids and should be avoided.

Tomatoes themselves also contain tomatine. If you feed chickens too many tomatoes, they get diarrhea and stomach upset, affecting their digestive system.

Effect of Tomatoes on Growth and Laying Performance

There has been some research regarding the positive benefits of lycopene in tomatoes on chicken eggs and growth. Researchers use tomato paste high in lycopene as an additive to the hen’s diet.

The effect of lycopene in tomatoes on chickens is interesting:

Lycopene is a carotenoid that’s present in many vegetables with red pigments, such as grapefruits, sweet pepper, strawberries, and tomatoes. Tomatoes, tomato skins, and processed tomato food are rich sources of lycopene.

How many tomatoes can a chicken eat?

Adult chickens can eat a small, ripe, red tomato without any of the effects of tomatine poisoning, but never the stems or leaves of the tomato plant. No toxic dose will kill a chicken; overfeeding will only cause diarrhea and upset. Chicks or chickens used for breeding can not eat tomatoes.

Tomatoes should be considered a treat. Besides vitamin C and lycopene, they are not a good food source for chickens. Most of the calories come from the sugar in tomatoes. Too many tomatoes will result in digestive problems and diarrhea.

You can feed your birds with tomato table scraps, but you can’t exaggerate.

Ripe vs. Unripe Tomatoes for Chickens

Chickens should only eat ripe, red tomatoes. When tomatoes are still green and unripe, they contain solanine, a toxic compound. The tomatine and solanine will wreak havoc in the digestive system and cause stomach upset, intestinal problems, and diarrhea.

You should also not feed your chickens any over-ripe tomatoes with mold growing on them. Mold is always a no-go.

Adult chickens can eat tomatoes in moderation, but it’s not a very good food source. Any unripe, green tomatoes should be avoided, just like the stems and leaves of the plant.

The positive health effects of tomatoes can be linked to high levels of lycopene, an important antioxidant. Tomato extracts are used to generate lycopene feed additives.

However, tomatoes also contain tomatine, which is a slightly toxic substance. That’s why chickens can’t eat too many tomatoes, or they will get diarrhea and an upset stomach.

Tomatine can also cause malformed embryos. Chicks and breeding hens should not eat tomatoes. Tomatoes from table scraps should be considered a treat.

Some articles we mentioned here: 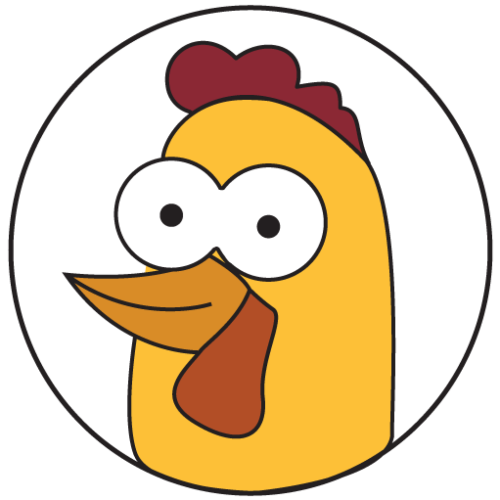 How Do Chickens Sleep?

We make money when you buy a product after clicking a link to a retailer.