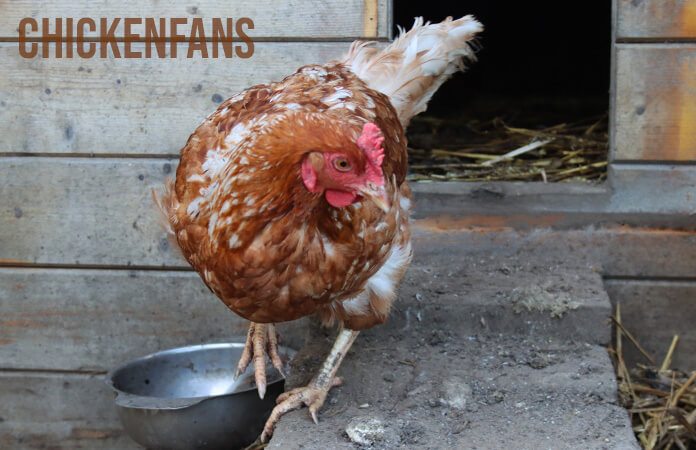 ISA Brown chickens are one of the world's most popular egg-laying chicken breeds. Not only do they lay almost one egg daily, but these birds are also very hardy and low in maintenance. Their sweet, docile nature and calm personality are the icings on the cake.

Let's find out all there is to know about this excellent egg layer.

ISA Brown is the official name for what most people call a regular brown laying hen. They're very popular, and many households keeping chickens for their daily fresh eggs have one or more ISA brown chickens in their flock.

ISA Browns are sex-link hybrid chickens, meaning day-old chicks can be sexed by the color of their dawn. Male ISA brown chickens are lighter in color than females. Sex-linked chickens are always hybrid birds: cross breeds of heritage or purebred chicken breeds. The ISA Brown makes it easy to determine the sex of a day-old hatchling, which is interesting for hatcheries.

Adult ISA Brown hens have a reddish-brown color and white feathering near the tail, whereas adult roosters are white to yellow-colored. As ISA browns are bred for their egg production, it's uncommon to find male ISA browns. Most are disposed of after hatching.

Their color and appearance look much like other red sex-linked chickens like the Golden Comet, the Cinnamon Queen, or the Calico Princess. ISA brown hens are light brown to orange with white speckles at a young age. Once they age, their color darkens to a reddish brown with white feathering. Especially their tales can be white.

ISA Brown chickens aren't a large chicken breed, nor are they small-sized ones. They are medium-sized, with the females weighing around 5 pounds (2.3 kg) and roosters around 6 pounds (2.7 kg). This makes them less suited as meat birds. Their legs are unfeathered and pale. All ISA browns have a single red comb.

ISA brown chickens aren't an actual chicken breed but a mix of several heritage breeds. They were specifically bred to use as laying hens in battery cage farms.

The history of the ISA brown chicken began in 1975 when the French Agricultural sector was determined to develop a commercially interesting laying hen that was internationally competitive. After many complex breeding processes, the ISA brown was born in 1978. ISA stands for Institut de Sélection Animale, the company that developed this popular hybrid chicken and is a copyrighted brand name.

The complete list of ancestors of the ISA brown remains a secret, but it's believed the Rhode Island Red and the Rhode Island White are involved in creating this fantastic egg layer. The ISA Brown is the result of long and complex breeding processes, where genes of several breeds where combined.

They don't breed true; if you combine an ISA brown male with an ISA brown female, you won't get ISA brown chicks but a second-generation hybrid chicken. Suppose you're planning on breeding with ISA brown birds. In that case, we suggest contacting the company that develops the ISA brown to learn more about their parent stock, as the genetic codes of the ISA brown parent are a closely guarded secret.

Many hybrid chickens are bred specifically to be color sexed a day after hatching. This makes the chicks more interesting for hatcheries, as sexed chicks are more interesting to sell.  Their sex can be determined a day after hatching by inspecting the color of the chick's down, with roosters being much lighter than hens. It's a widely used chicken-sexing method in the poultry industry and by hatcheries.

Sex-linked chickens are always hybrid birds: cross breeds of heritage or purebred chicken breeds. The color-sexing gene makes it easy to determine the sex of a day-old hatchling, which is interesting for hatcheries.

To learn more about chicken breeding and genetics, check out our in-depth article on the complete breeding process, including creating sex link crosses.

ISA brown chickens are not only famous because of their egg-laying skills but also because they're extremely low in maintenance. They are hardy chickens that thrive in most environments and are a healthy breed that doesn't need much extra care other than food, water, and shelter.

This makes them a very beginner-friendly chicken breed, suited for any chicken owner, whether you're new to chicken keeping or not. They love to free-range; however, ISA browns can easily be kept in captivity. They'll be happy inside a pen if they have enough space to stretch their legs.

ISA brown chickens are cold and heat-hardy, making them great to keep in any climate. But, like all animals, they need extra care when extreme weather is on the way. Keep an extra eye out for your chickens during extreme cold or during heatwaves.

They are a friendly and gentle breed, never loud or aggressive. This makes them an excellent addition to your flock, as they'll quickly get around with every chicken and are family-friendly.

ISA browns are one of the best brown laying hens in the world. They were bred specifically for that purpose and are used in the egg industry. ISA browns lay around 320 large brown eggs annually and start laying after only five months of age. They have an excellent food conversion ratio, leading to a large number of eggs without having to feed them large amounts.

They tend to keep laying until the age of two and will have laid around 500 eggs by that time. After two years, their egg production significantly decreases.

They won't go broody quickly, although it can happen occasionally. This is something to remember if you're planning to hatch eggs, as ISA browns are not likely to sit on eggs.

Being one of the best egg-laying breeds, the ISA brown is one of the most popular chickens worldwide. They were initially bred as laying battery hens, but due to their friendly personality en docile nature, they are also suited as backyard chickens. They are extremely beginner friendly, hardy, and easy to care for.