Home > Health > Do Roosters have a Penis?
Health 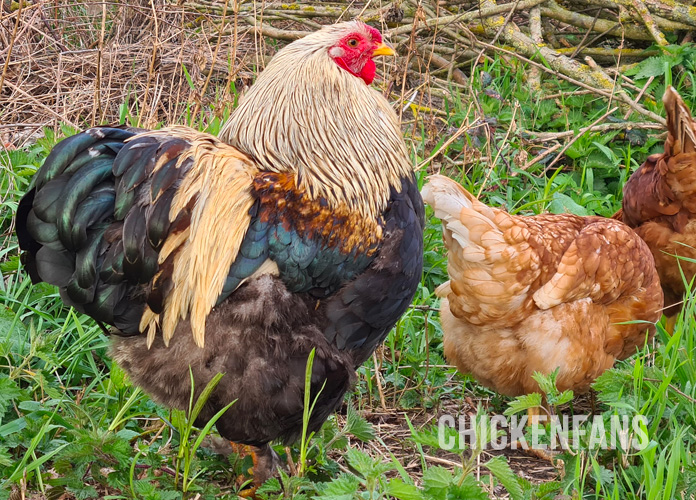 Roosters don't have a penis and only have a small internal bump. However, they do carry the genes to grow a big penis. Let's see what's going on.

Roosters don't have a penis or any other external reproductive organ. Penile development in the embryo is shut down by Bmp-proteins after 9 days. Roosters only develop a papilla, a tiny internal nub in the cloaca that connects to the testes. Chickens mate without penetration.

Roosters have testes on the inside of their body, lying along the chicken's back. The testes produce sperm when they get sexually active. This sperm travels to the chicken's cloaca via the vas deferens, where the sperm is stored.

Why do roosters lack a penis?

Although birds carried a penis once, about 97% of birds nowadays lack anything that resembles a penis. Over time, their penis shrank and disappeared. It's one of the strange twists of evolution.

Some fowl still grow a penis. Basal birds and ducks have long and imposing corkscrew-shaped penises that can grow half the length of their body. Most birds have nothing at all. Chickens have the papilla, a reduced phallus from a biological point of view.

Evolutionary biologists thought for years that hens have always preferred roosters with smaller penises, allowing them to escape forced mating. However, in 2013, researchers made an amazing discovery.

The chick's embryo in a fertilized egg initially grows a genital tubercle. This tubercle is the beginning of a penis, similar to the penis of a duck. However, after about nine days of development, it suddenly stops growing and shrinks.

High levels of Bmp4-proteins trigger the shrinking of the early penis in chickens. These Bmp-proteins relate to cell death and, for example, also suppress teeth growth. When scientists suppress the protein, the chick's penis extends 6.5 times larger in a single day compared to its normal growth.

How do Roosters Mate without a Penis?

When a rooster wants to mate, it gets on the back of a hen and presses its cloaca against the vent of the hen. This process is somewhat romantically called the cloacal kiss.

Roosters can get quite aggressive, with hens losing much of their plumage if they don't carry a chicken saddle.

The mating only needs a couple of seconds for the sperm to transfer to the hen. The sperm then settles in the sperm host glands in the oviduct, where they can survive for about ten days.

From there, it travels upwards in the oviduct until it reaches the infundibulum, where fertilization of the egg yolk occurs.

Do Roosters have Balls?

Yes, roosters have testes inside their body next to the kidneys, but they don't have a penis. The testes produce sperm whenever the rooster gets sexually active. The sperm remains healthy at body temperature and is ejaculated via the vas deferens into the cloaca for mating.

Is the White Stuff in my Egg Rooster Sperm?

Egg white or any white found in the egg is never sperm. The white substance that's sometimes floating near the yolk is the chalaza. Two chalazae form when layers of egg white build up around the yolk in a spinning fashion in the chicken's Magnum. They keep the yolk in the center of the egg. 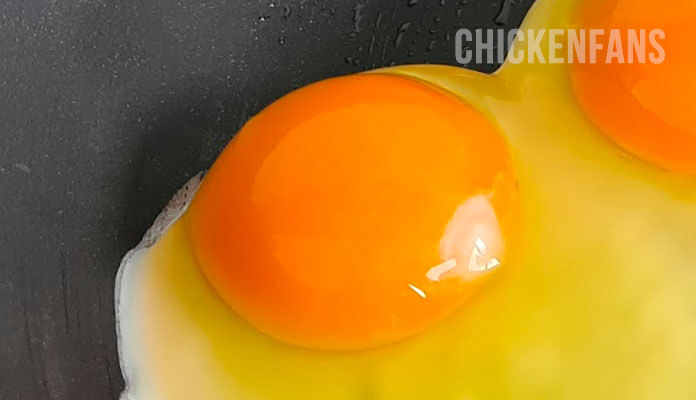